info@edgesupps.comFREE SHIPPING ON ALL ORDERS OVER $99 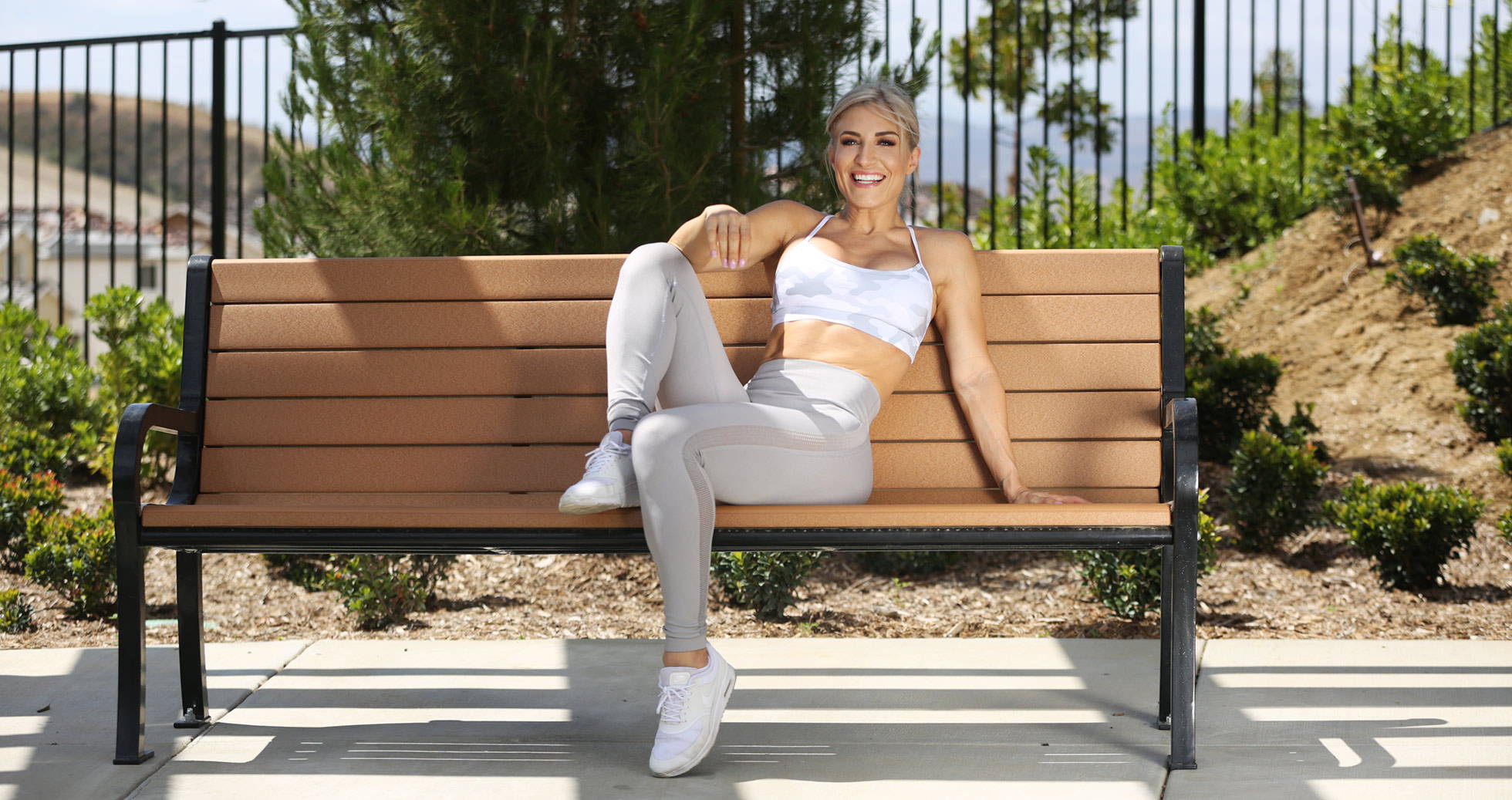 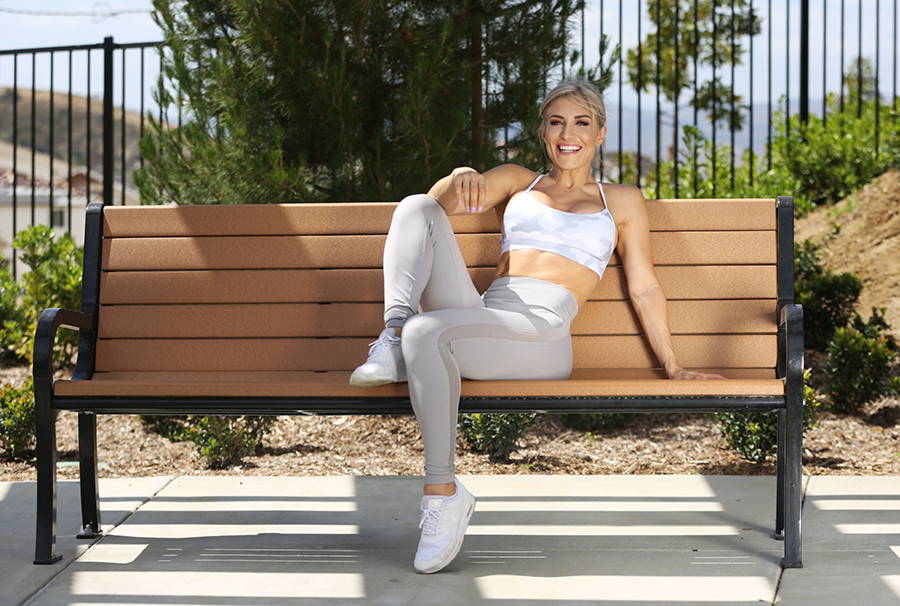 Like so many of the people I meet, I faced some adversity and challenges growing up. Rather than defeat me, they have become a source of strength and have helped me to become the person, professionally and privately, that I am today.

To give you a little history, I was born and raised in Spain near Barcelona and began modeling when I was 11 years old.

I had several stops along the way, but from the beginning, I knew this was what I wanted to do. My first stop was London, England. I thought I was going to be a model. As it turned out, I made sandwiches and My English just wasn’t that great.

After a year, the modeling career was going nowhere, so it was time to leave. I went back to Spain. Unfortunately, I did no modeling, and I gained 50 lbs. So much for that move!
My next stop was Dublin, Ireland. That’s when things began to turn around. I began working in retail. In less than a year, I lost all the weight that I had gained and resumed my modeling career.
Finally, I was back on my career path…

Cancun, Mexico was next. I quickly became a very successful model. It was there that I learned my next hard lesson.
Cancun is fun, but success really requires a healthy lifestyle, and I was not doing that. It was time for another change.

It took a final stop in Los Angeles and some time spent with successful industry professionals before I realized that my own success would really require a healthy and balanced life, and it was time to take steps towards reaching my full potential.
As it so happened, when looking for a personal trainer I didn’t have to look too far. I happened to be married to one! My husband helped me focus, prioritize, set short and long-term goals, and successfully incorporate all of the components of appropriate nutrition, exercise and lifestyle.

I was amazed at my progress and I decided to begin participating in fitness competitions. I did well in that first one and I was hooked.
The competitions provided me with national and international exposure. I’m incredibly grateful for that.

2012 Was a Huge Year For Me as I Became a Mommy of Twin Boys: Gianni and Nicco! 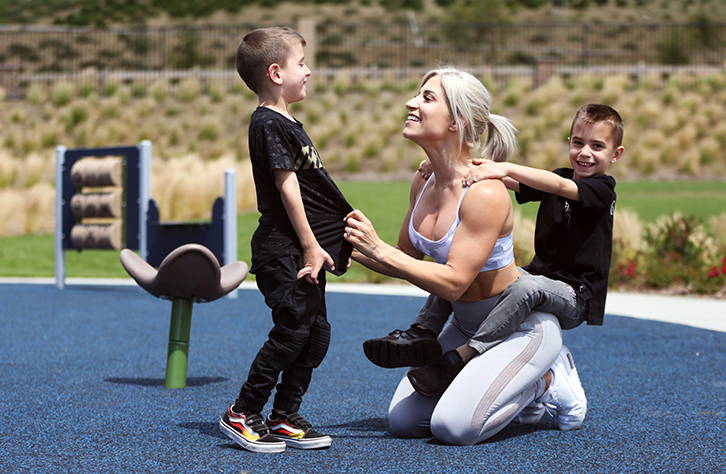 Fast forward to 2012 and I became the mother of twins! I actually competed at my last fitness competition, the NPC Titans, back in October when I was 2 months pregnant. I had no idea I was pregnant while on stage and found out weeks after the show.

Frankly I was so fit and my abdominal wall was so tight from all the contest preparations that I didn’t show until I was 4 months, but from then on each day my belly grew bigger and bigger! I started experiencing pre-term labor symptoms at 26 weeks, and with contractions every 3 minutes, I went on bed rest on the advice of my doctor.

I maintained a healthy pregnancy the entire time and tried to remain positive, but once I couldn’t walk due to all the extra weight, it got pretty hard and I gained 50lbs.
I went thru a lot during my pregnancy as my babies were born prematurely. On April 6, 2012, baby Gianni and baby Nicco were born via C-Section at 28 weeks. They were TINY but they were healthy, and their crying was the most beautiful sound I have ever heard.
We are happy and healthy now but it wasn’t easy… We spend 55 days in Intensive care! 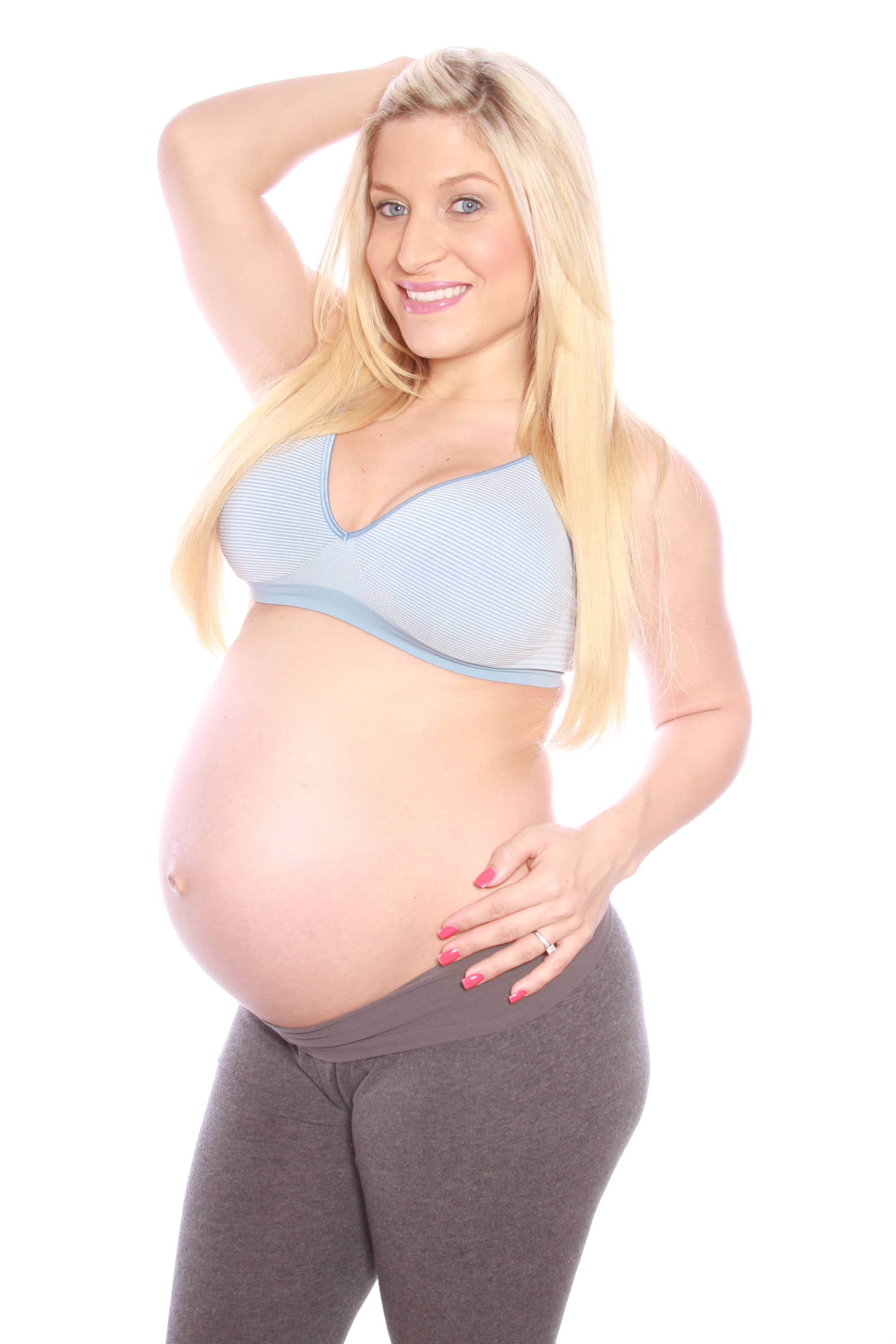 Once Gianni and Nicco were home with us safe and sound, I quickly realized how important regaining my strength and energy would be if I were going to take care of them.
I obviously wanted my pre-baby body back, but I had to make my little angels my priority. So implementing a system that would be easy for me to follow, keep me energized, and allow me to spend time with my babies was a MUST. 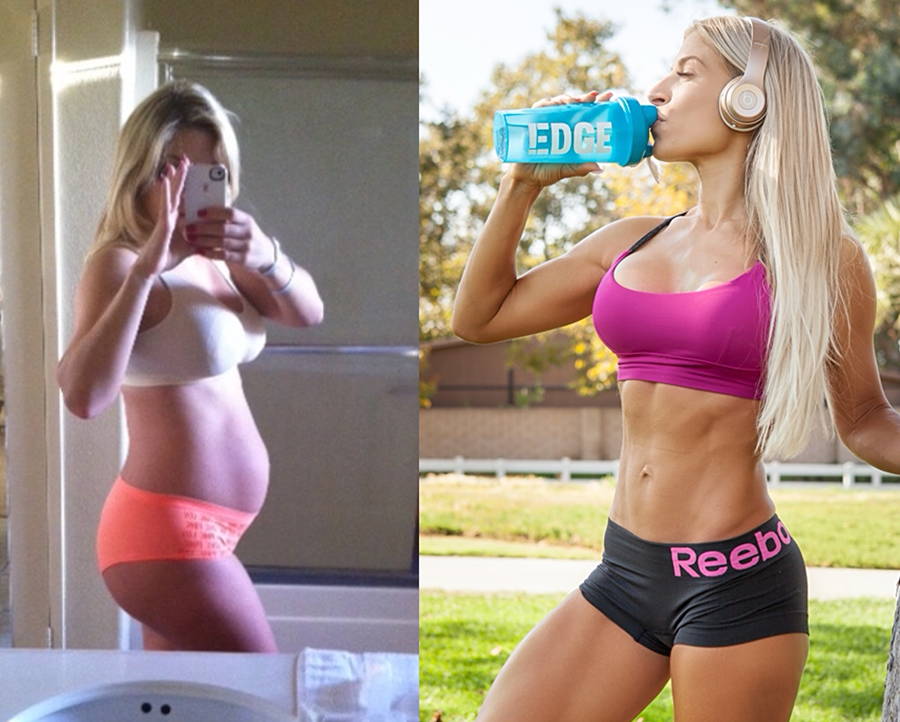 To anyone even remotely familiar with the fitness industry, Ingrid Romero has steadily become a household name over the past decade. Originating from a neighborhood in Barcelona, Spain, the blonde and piercingly blue-eyed internet phenomenon rose to fame as an international fitness model and IFBB PRO bikini competitor, after winning the overall title at the notoriously competitive Arnold Classic in 2010.

Since then Ingrid has graced endless covers all over the world and been featured in countless magazines and television shows, including major media outlets like Oxygen, FitnessRX, ABC News, Muscle&Fitness Hers, Telemundo, Iron Man Magazine and many more.
Since earning her IFBB PRO card in 2010, Ingrid has went on to become a successful force in the health industry; building not one but three thriving businesses with her husband and fellow fitness expert Joe Discuillo.

Over the course of less than ten years, Ingrid and Joe have managed to build one of the largest and most well known bodybuilding teams and online training teams in the country—teamedgefam.com .
Specializing in the bikini category, Team Edge has coached thousands of women of all ages, nationalities, and backgrounds to bring home a steady row of trophies and overall titles in both the NPC and coveted IFBB professional bodybuilding division.
Ingrid’s other growing ventures include the popular ingridromerobikinis.com, the recently launched edgesupps.com line for women, and the new edgefitapp.com, an unparalleled online gym experience.

While to all appearances a hardworking businesswoman and incurable entrepreneur, the thing that truly defines Ingrid more than anything is the tireless dedication to her family. Despite a packed schedule and days that never seem to slow down, Ingrid and Joe make it a top priority to spend quality time with their twin boys Nicco and Gianni, whom were miraculously born prematurely in 2011.

The couple discovered Ingrid’s welcome surprise pregnancy when she was already two months pregnant and had just competed on the IFBB stage. Albeit a challenging feat at the very onset of her career, the unexpected turn of events only made Ingrid more relatable and inspiring to her millions of female fans all over the world.

If anyone has showed it possible to combine motherhood with maintaining a fit physique and crushing one’s business goals, it is definitely Mrs. Ingrid Romero. 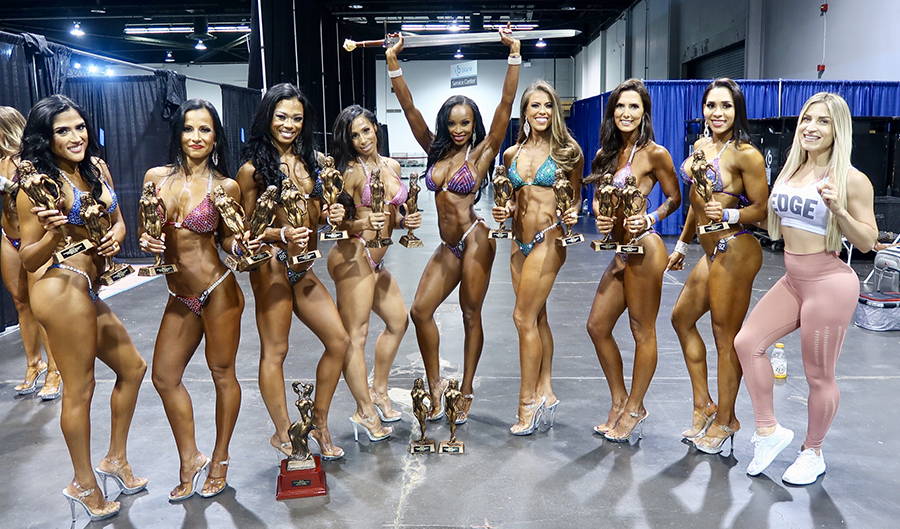 Ingrid romero has been featured in: 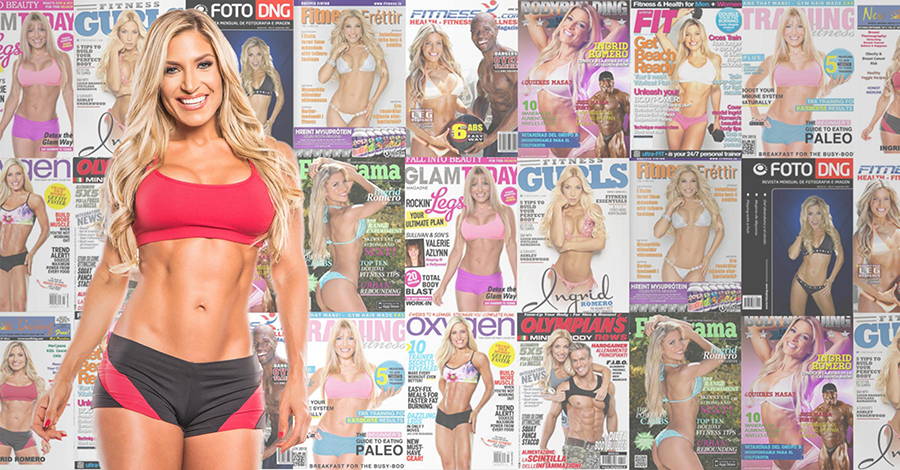 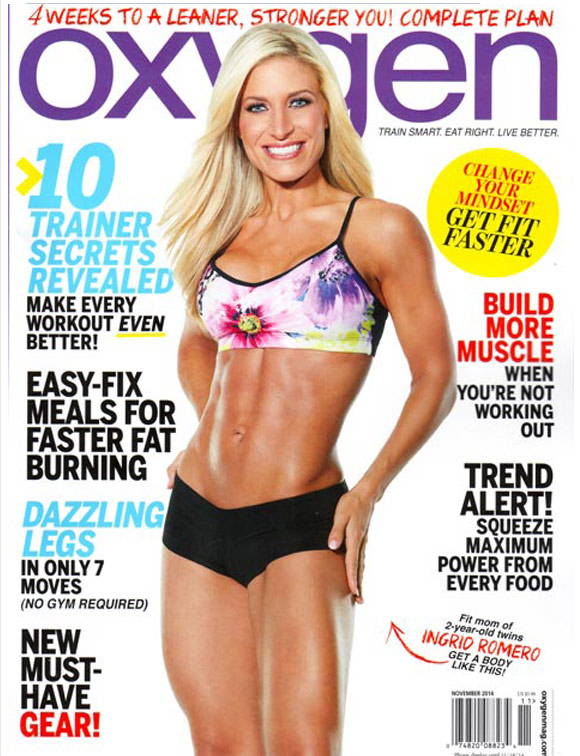 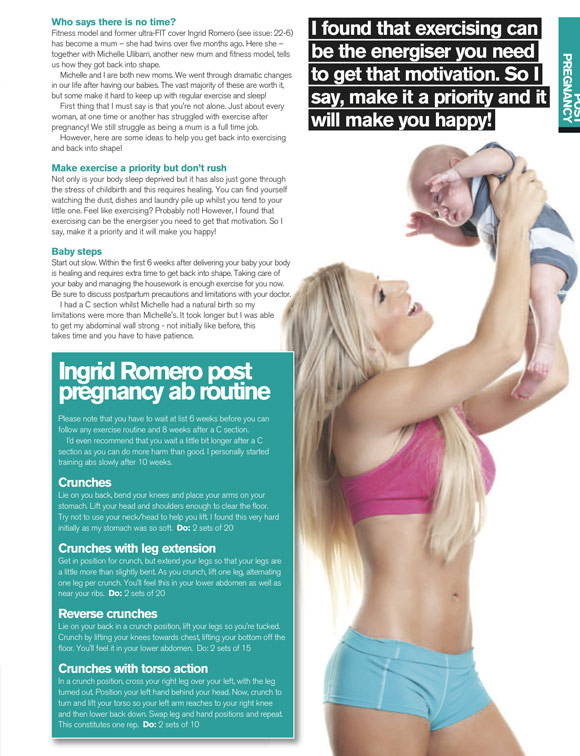 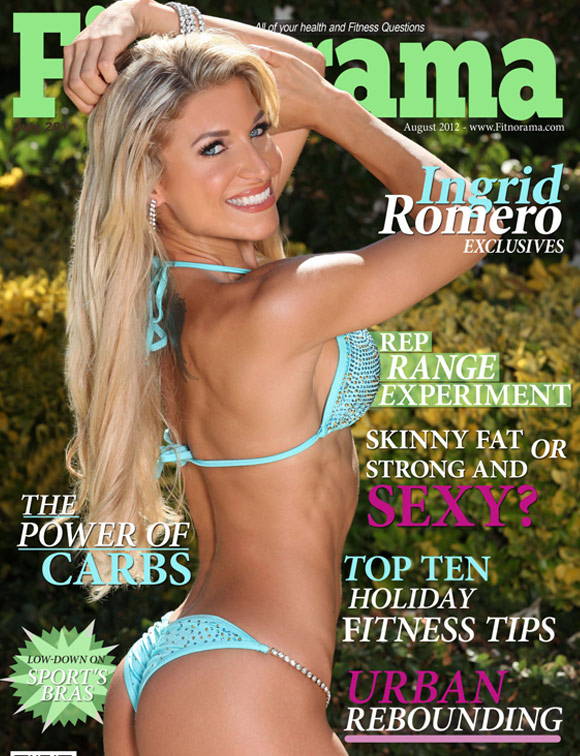 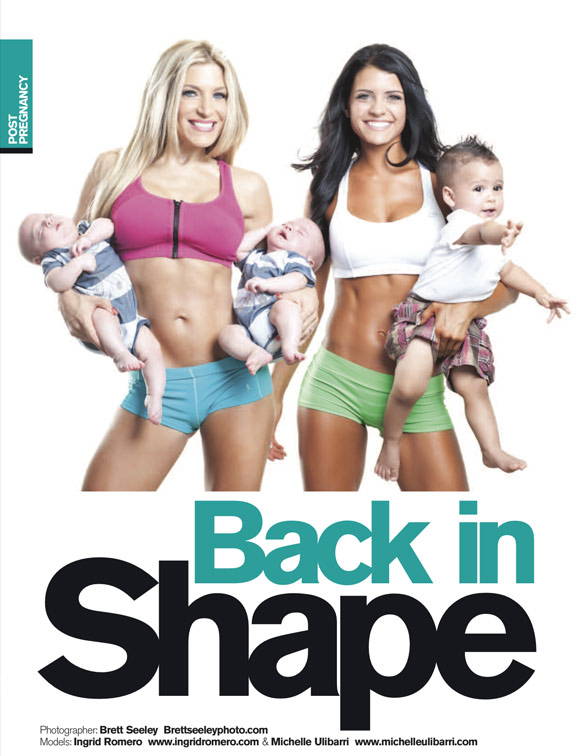 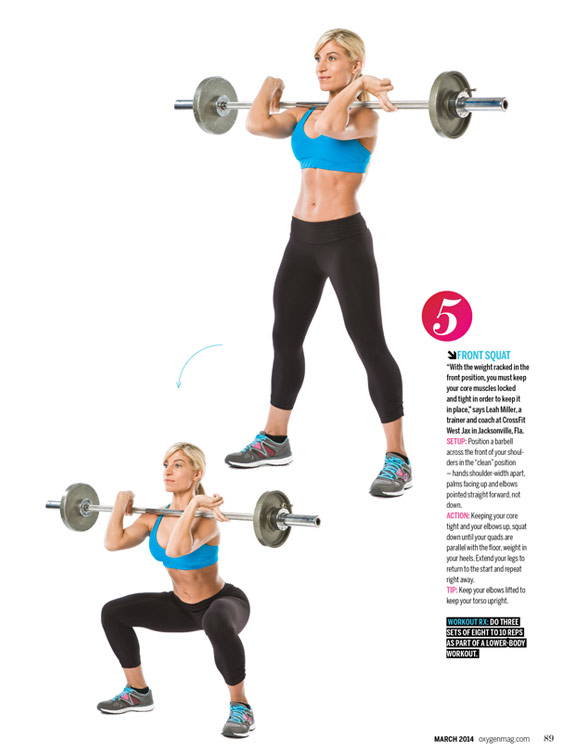 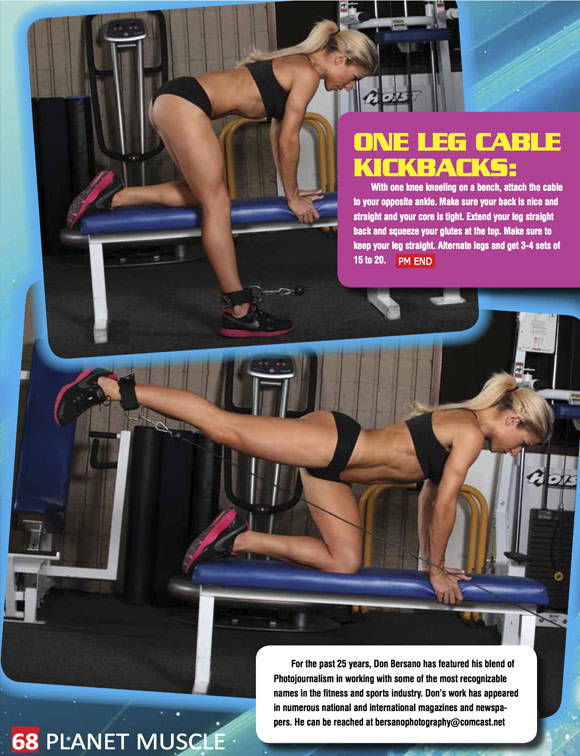 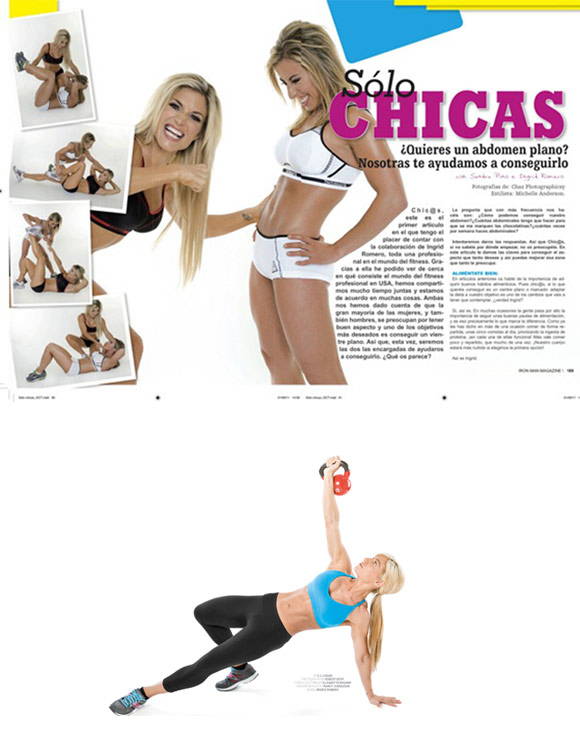 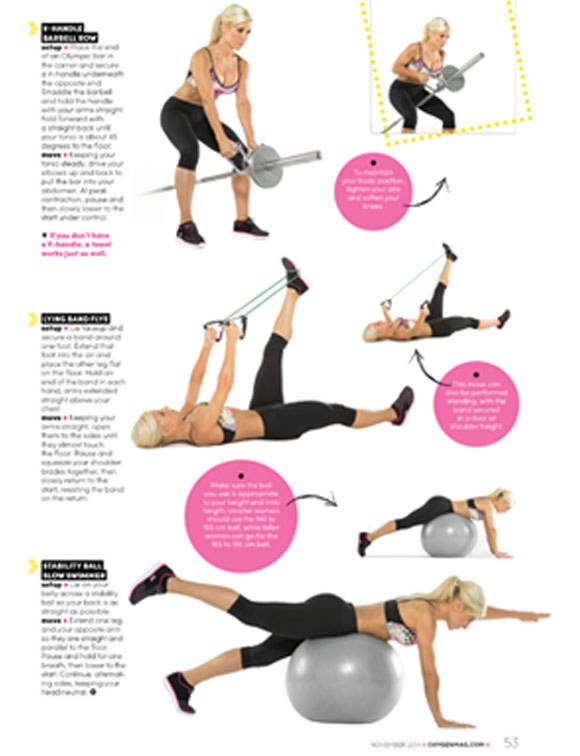 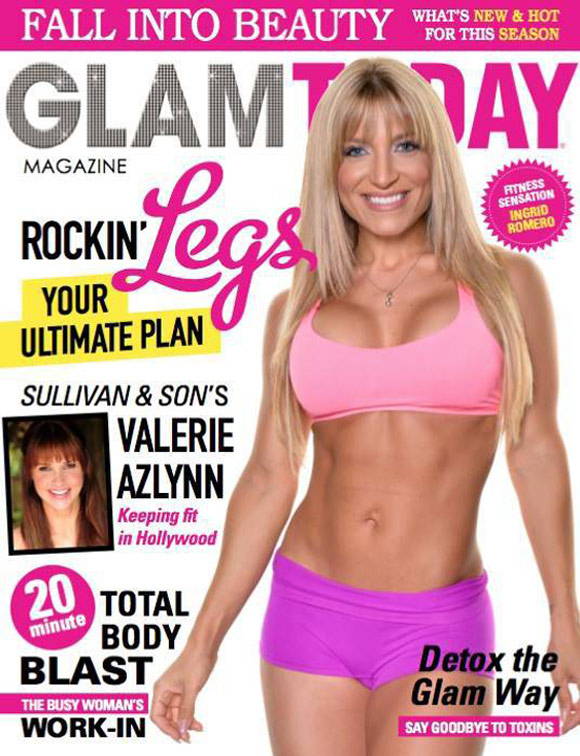 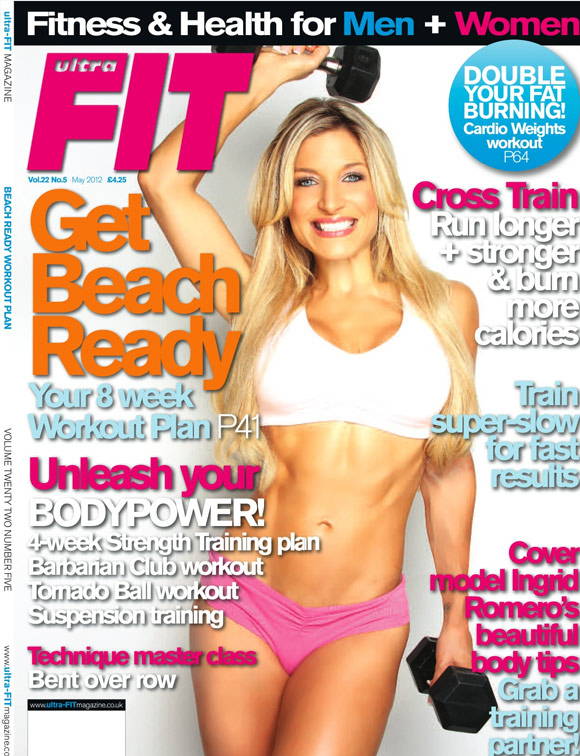 Ingrid In The Media

How much does the camera love Ingrid?

Simply saying that the camera loves Ingrid would be an understatement; there is a reason her wide smile and startling beauty has been featured across countless national and international media time and time again.

With a dazzling television personality and impressive live skills few people possess, she instantly connects with both the camera and audience through a stunning combination of charisma, authority, and undeniable presence.

But don’t take our word for it—see for yourself!
To watch Ingrid’s ability to charm the camera in action, check out the sample videos below:

Ingrid In The News

Want to collaborate with Ingrid? 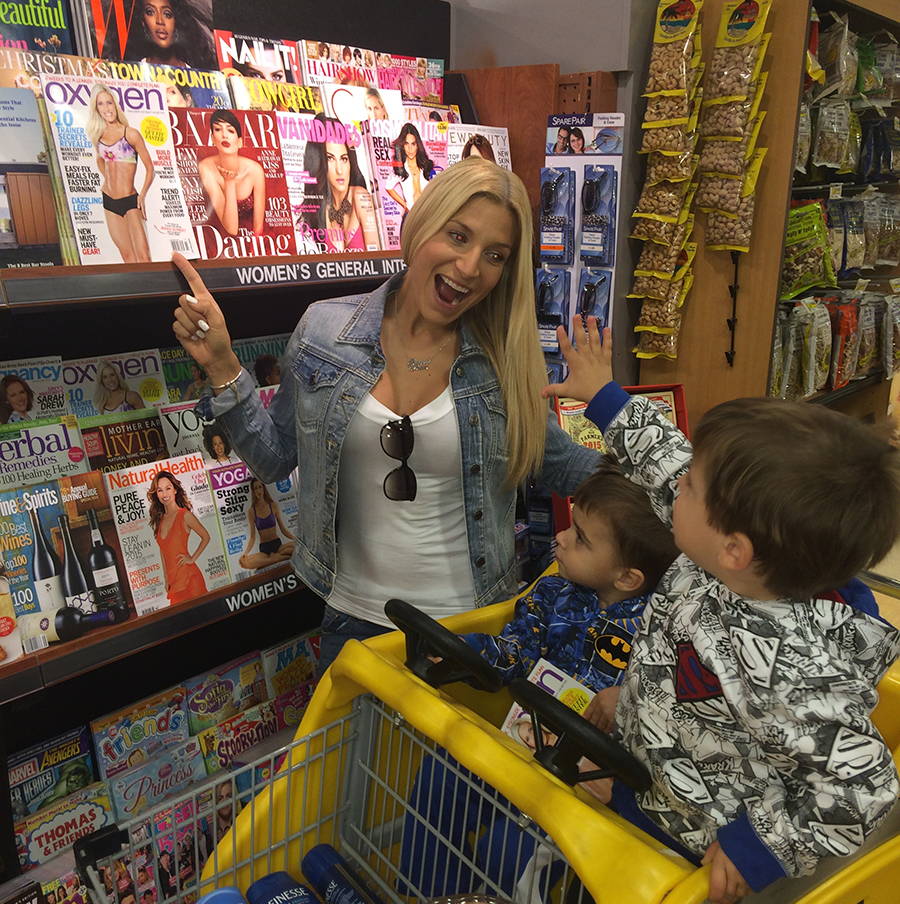 Ingrid welcomes the opportunity to align with companies that share her core vision and values when it comes to health & fitness, fashion, beauty…

With millions of fans across multiple platforms, Ingrid Romero is known for her real and relatable approach; an uncanny ability that lets her promote your brand in an authentic way—one that will truly resonate with social media followers, without coming across as insincere or commercial.

If you would like to learn more about how Ingrid can help you generate powerful awareness and tangible customer traction results, please fill the contact form below.

Thank You So Much!

Guess I’m a long way from that overweight girl.
This next phase of my life is very exciting!
Thanks to all of you who have helped and supported me along the way. I can’t wait to sweat it out together! Check in with me after on Insta @ingridromero1 #teamedgefam and let me know how amazing you’re feeling!